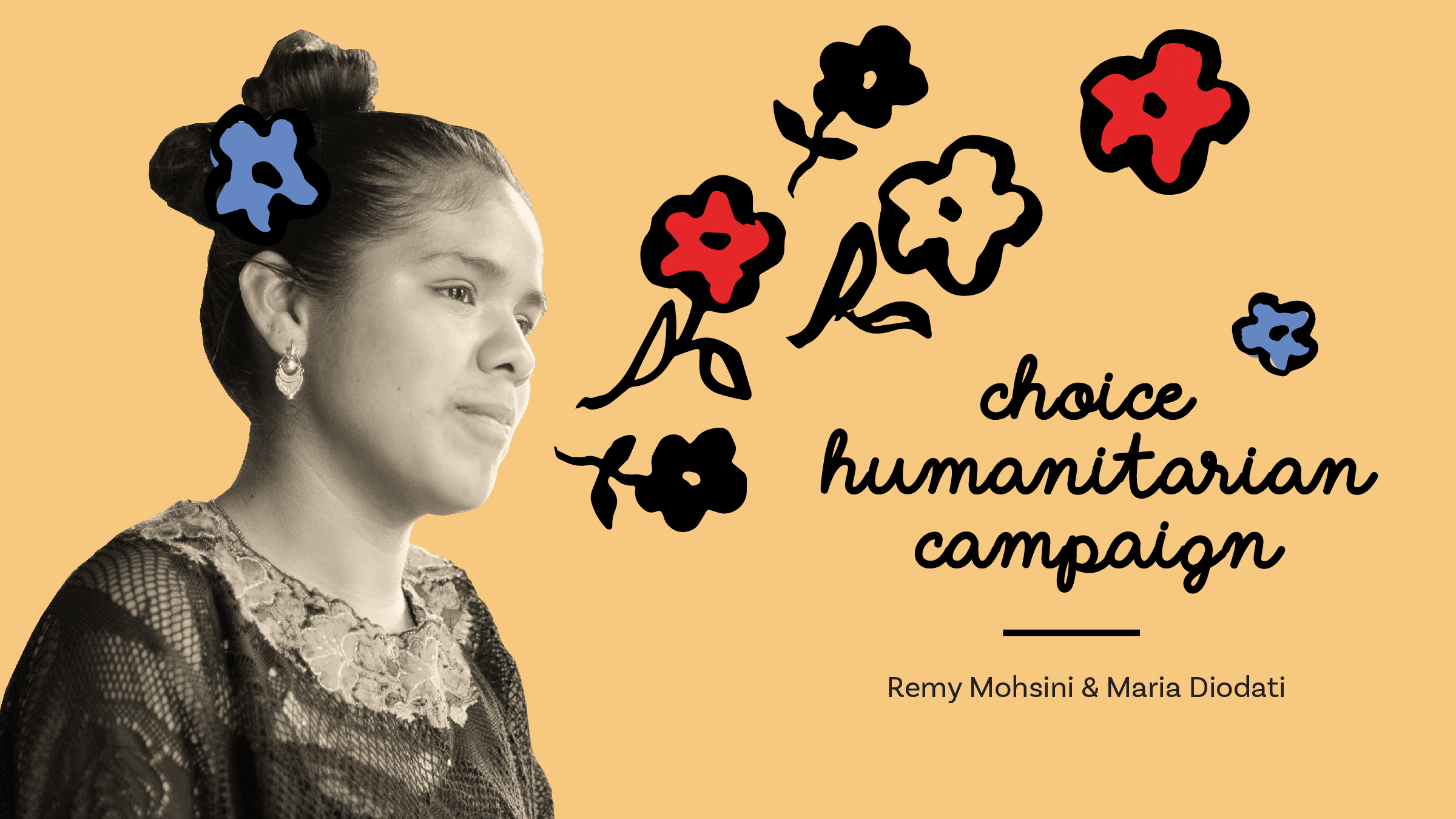 Give A Woman A Voice

As part of designing for social good, we partnered with Choice Humanitarian: a nonprofit aimed at working with communities around the world to help empower them with tools and resources to end the cycle of extreme poverty they are in. Specifically, we focused on the Accent program - a program started by Choice and Microsoft Edge. It was started for the people of the Q'eqchi indigenous population in Guatemala, and targeted women - because women currently make up 2/3 of illiterate adults in every region globally. It is also proven that when you teach mothers, they teach their children and this cycle of education can break the cycle of poverty. The program provides women with a tablet and software to teach them to read, write and speak in Spanish, since they currently have no access to learning the language. Our goal as a class was to raise $3000, and each team to raise $1000 of that.

I worked with Remy Mohsini and Rebekah Sosa (as a consultant) to develop a campaign direction. At first we played with the idea of honing in specifically on 'Teach a Mom, Teach a Generation." We really liked the idea of empowering mothers, because they are such a strong force and we thought it might be a compelling angle.

It was Valentine's Day the week our project started, and we thought it might be a fun way to capitalize on the 'giving' and 'loving' aspect of the holiday by doing a quick pop up fundraiser. The idea was to sell heart-shaped balloons on campus for $5 or $10 and have  that money go to Choice. Unfortunately, both the helium and the balloons were misses. The helium didn't work, so the balloons wouldn't float (oops), and the balloons didn't look like hearts - they just looked like little devil's ears or cat ears (oops again). So we weren't off to the best start.

Our secondary idea was to teach some sort of workshop, because we thought it was a good continuation with the idea of teaching in our campaign - but with our time frame and losing a team member, we thought it would be unrealistic to execute in the 3 weeks we had.

Feeling a little defeated - we went back to the drawing board. After watching the Accent Program video a few times, the thing I kept coming back to was the idea of giving these women a voice. Without education, they couldn't gain employment or take leadership roles in the community. In essence, this meant their voices were unheard in their community. So, we pivoted to the campaign theme of giving women a voice.

With this - we thought ways to have their story or cause heard around the community was important. If people could hear this story, and make a donation - then these women could also be heard. So Remy set off to do some networking with local businesses to see if we could partner with any of them. He spoke with Bar Taco about the possibility of a collaborative cocktail, and got the ok to send along some assets.

In the meantime, I worked on developing a cohesive design direction. I researched guatemalan art and designers to pull inspiration from their knowledge of the culture. Some images that really inspired me: 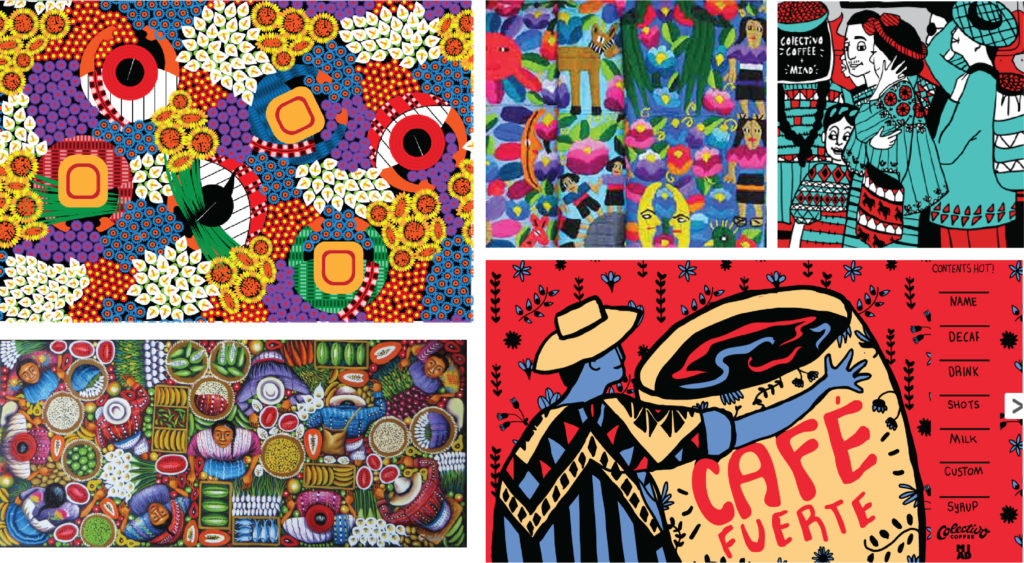 Ultimately the designs of Gabriela Riveros, an illustrator originally from Paraguay - who did some illustrations for a Guatemalan coffee shop. Her work is very rich in color and culture, and I really liked the dramatic colors of that lower right image above. There's another illustrator I admire who depicts women in such a delicate, interesting and surprisingly feminine way that I also used her as a source of inspiration, Maria Ines Gul 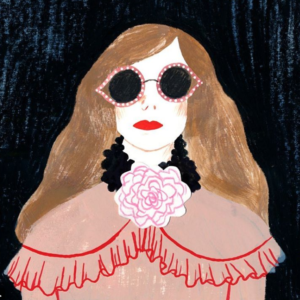 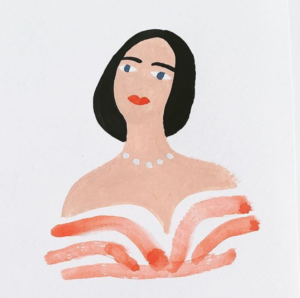 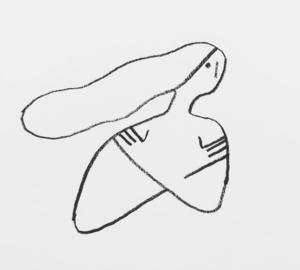 So I tried to take these two styles of illustration as inspiration and paint something I could use in our campaign that channeled the Guatemalan culture while maintaining a feminine feel. Here's where I landed: 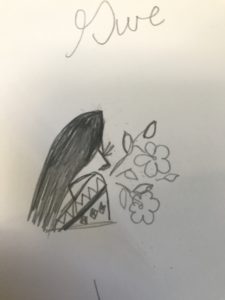 And from there I turned that into this banner for our Rally page:

I will mention I tried going down this path for a minute:

Which I liked, but didn't connect emotionally the same way the hand done illustration did for the campaign.

We progressed to starting a Facebook group, pushing out social media ads, and getting some printed materials into Holliston Superette - a small corner store Remy has connections with. Bar Taco didn't pan out for us unfortunately, but it was expected.

Here is the inspiration and enrollment we worked on to appeal to our audience and hopefully inspire a donation. 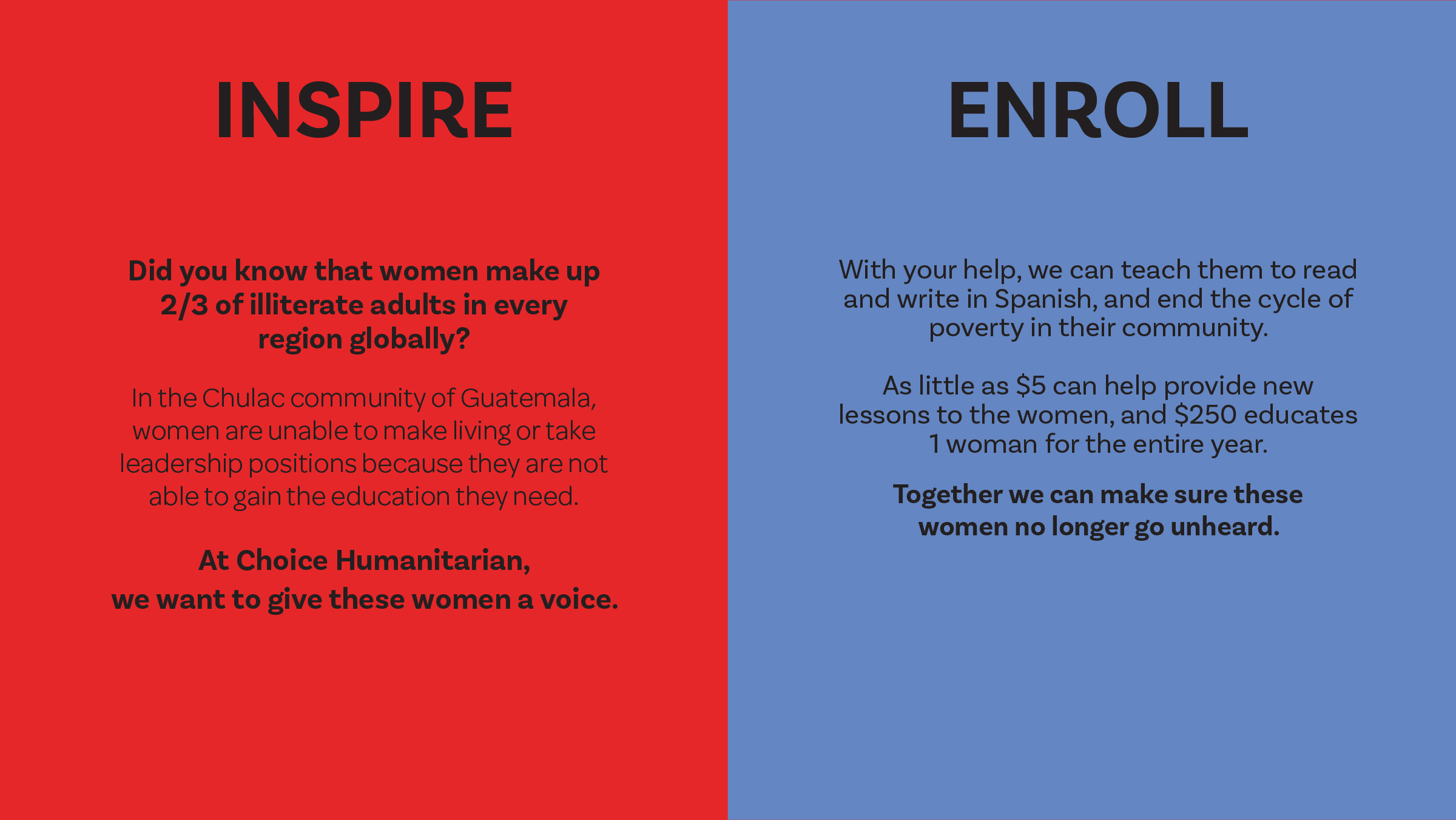 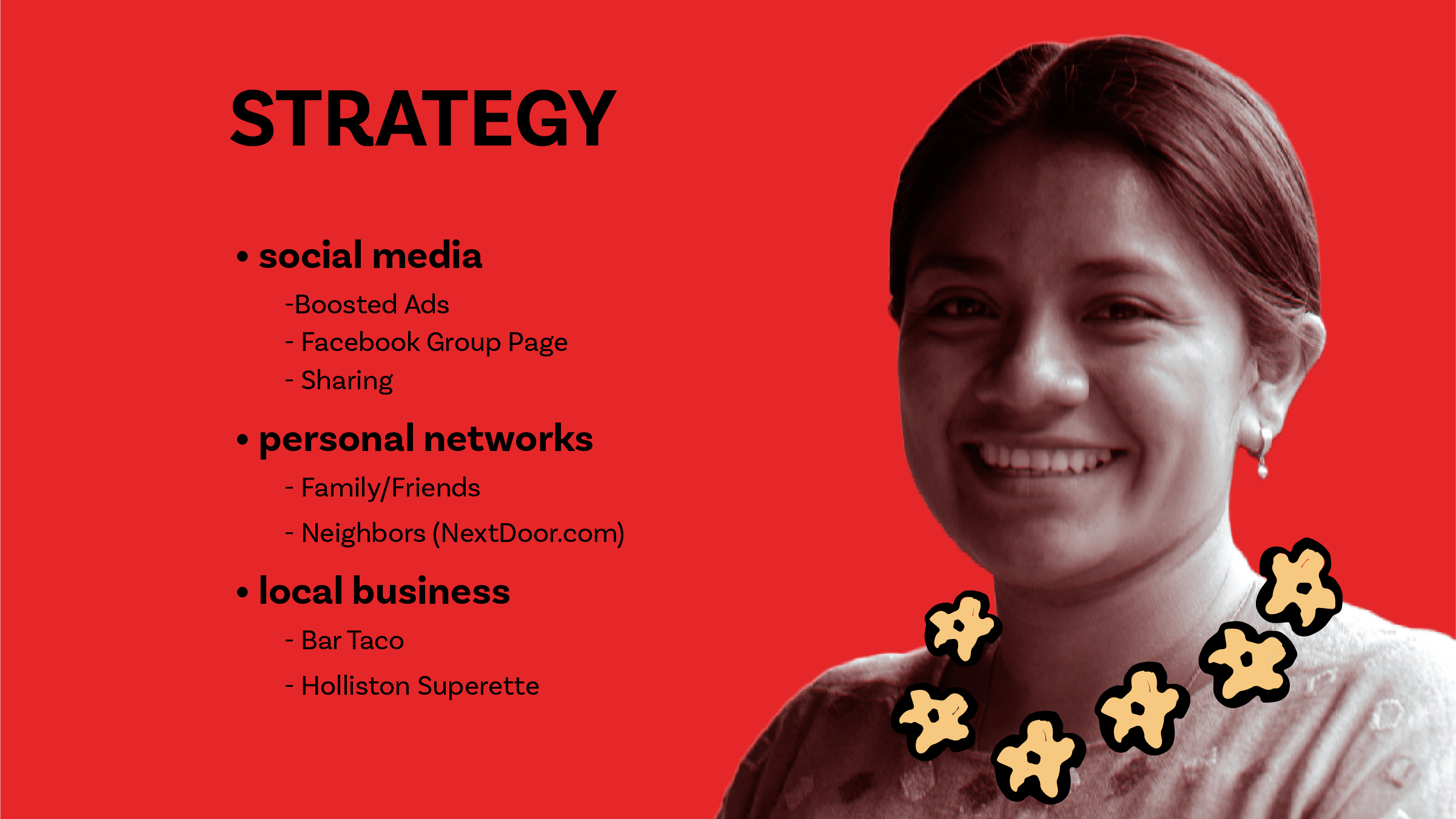 Here are some of our social assets: 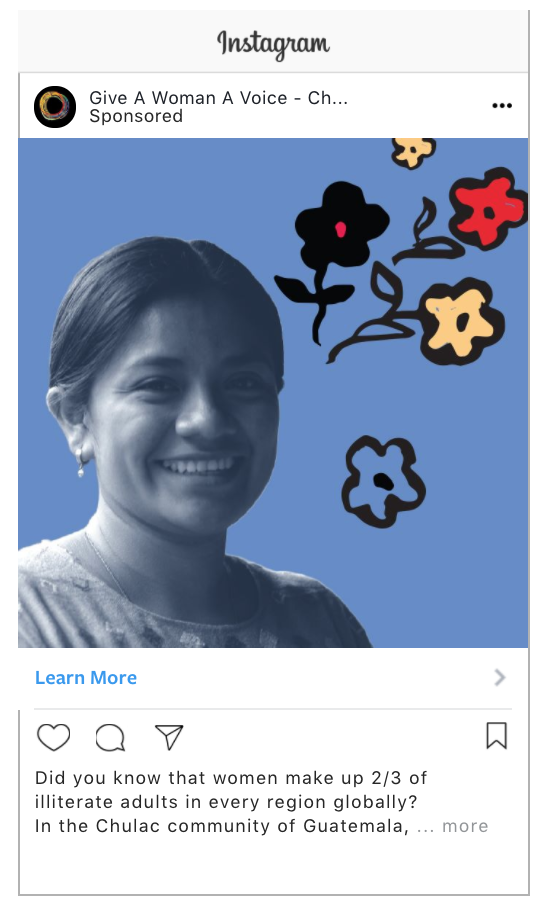 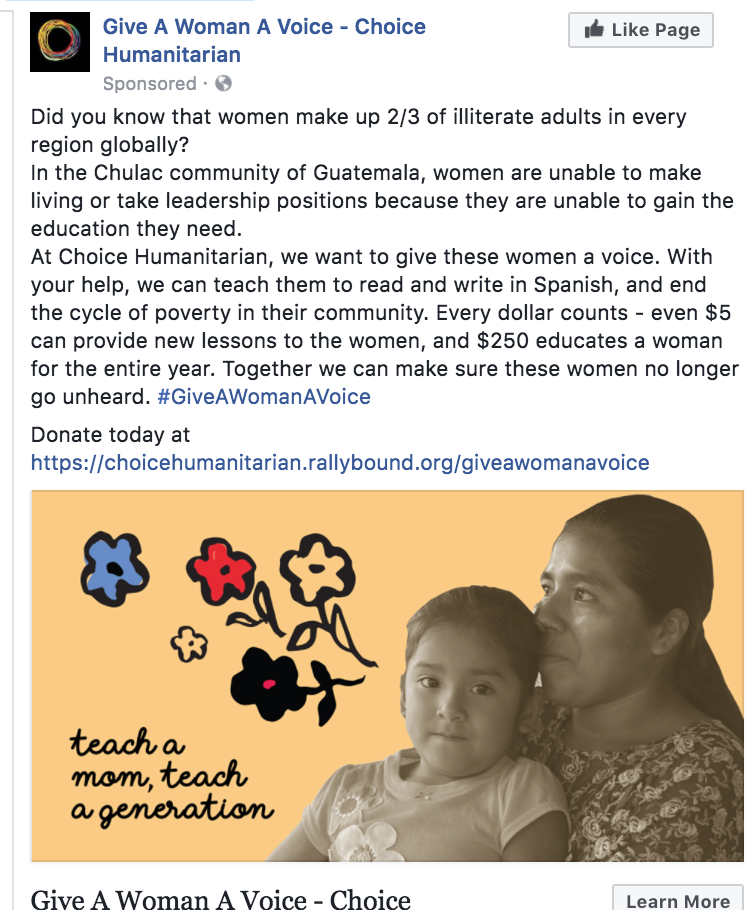 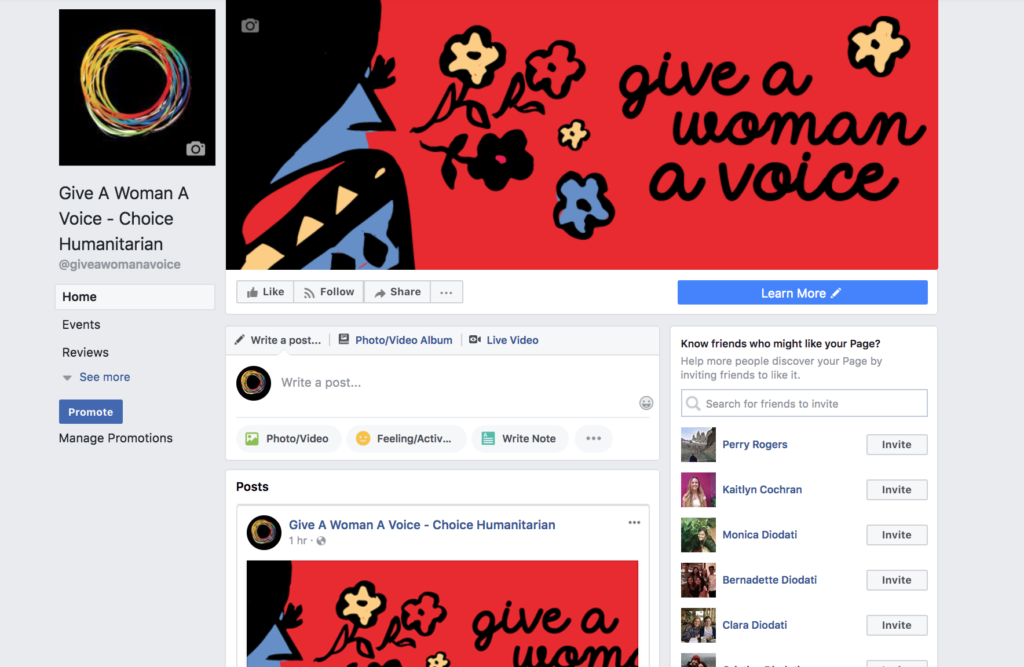 Our social media ads performed pretty well from an awareness perspective - we reached over 2400 people and got over 720 clicks through to our Rally page. I think that reflects that either the enrollment step of our strategy had a flaw, or that people were not far enough down the conversion funnel to give money yet. I do believe that this social effort would have been better spent collecting emails - as giving money is a barrier, and if you can create a continuous conversation with them then the chances of eventually converting these people to donations is greater. I think in general people are moved and interested in these world issues, but that when you're behind a screen with no real pressure - it is rare to see actual monetary action.

As for print materials, we designed a flyer to be put around the Superette, as well as a donation card to be put on a donation jar at the checkout counter: 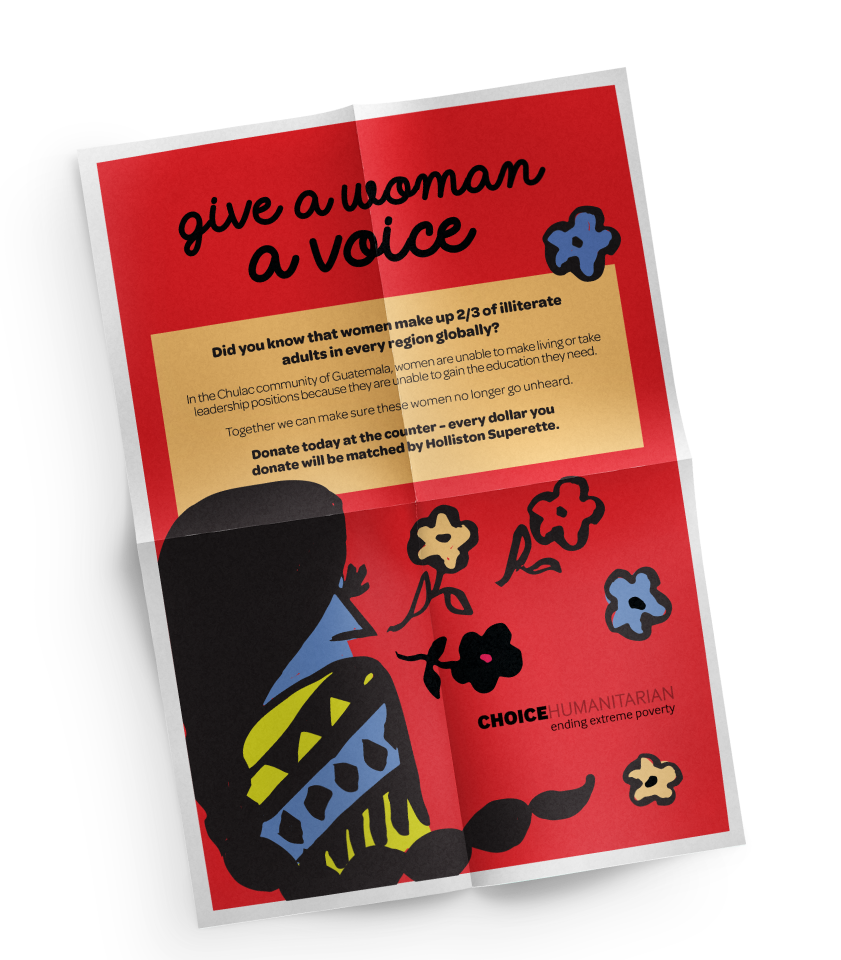 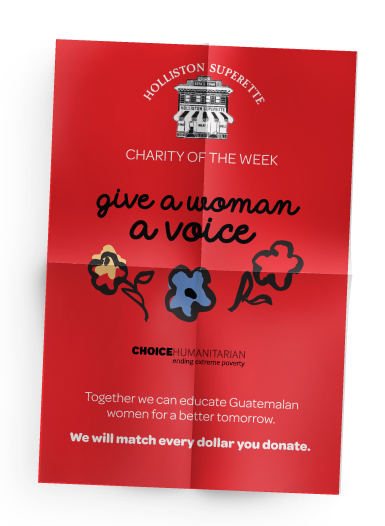 Holliston Superette has had these items up for about a week and in that time we earned $50 from the jar, and they matched $50. They have offered to keep up the jar for the rest of the month of March, which is really great and will hopefully turn more profit!

Here are our final results: 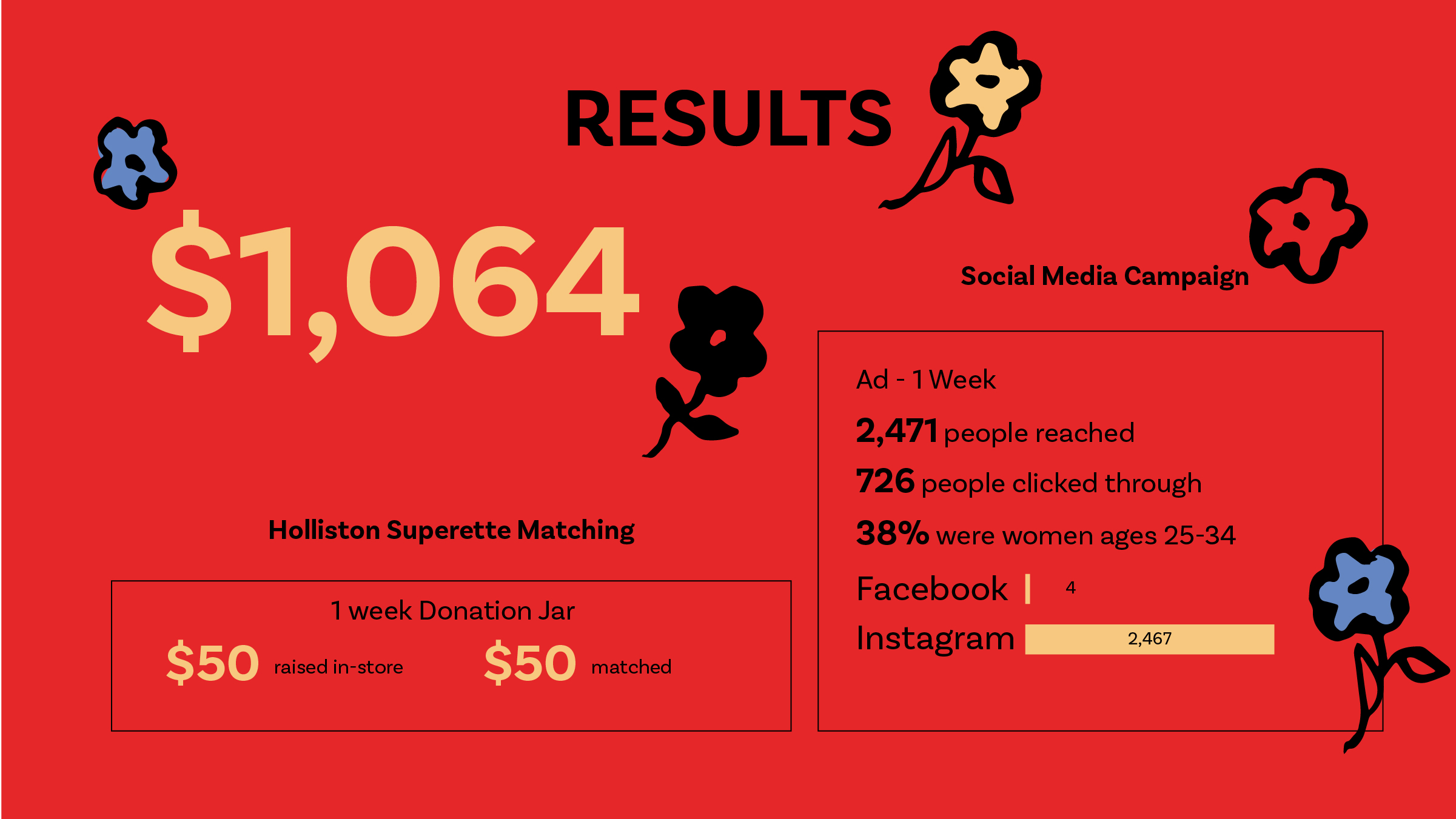